Get fresh music recommendations delivered to your inbox every Friday.
We've updated our Terms of Use. You can review the changes here.

Live and Alone in New York 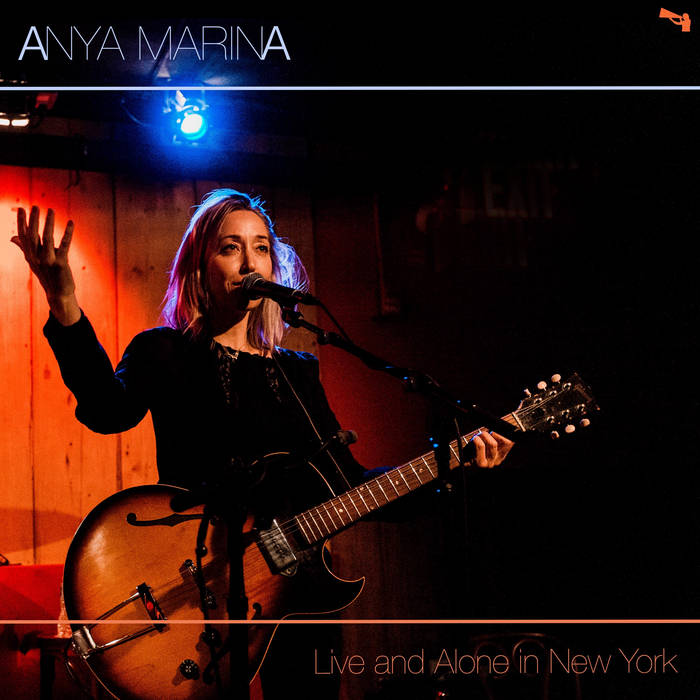 On a short tour of west coast wineries in the summer of 2019, Anya Marina and friend / collaborator / artist / tour mate Eric Hutchinson were talking about working together again. Eric had witnessed Anya’s entertaining and captivating live show many times on the road and suggested she record a live album in New York City and let him produce. The result is a 17-track collection of songs (and their entertaining, accompanying back-stories) spanning Anya’s entire catalog. (Songs include Clean & Sober from her debut Miss Halfway, Move You from her Atlantic Records release Slow and Steady Seduction: Phase II, Notice Me off Felony Flats, Go To Bed and Shut Up from Paper Plane, and—at the time of recording—as-yet-unheard songs from her latest LP Queen of the Night.)


Anya Marina: Live and Alone in New York was recorded solo, live and uninterrupted over two nights at Rockwood Music Hall on the lower east side in New York City, December 2019. On this sparse and entertaining release, Marina expertly toggles between her acoustic and electric guitar and a grand piano (for a moody and edited cover of Taylor Swift’s The Man).

Little did Hutchinson or Marina know that this performance would be Anya’s last in the city she had called home for 8 years—a worldwide pandemic was imminent. Within a few months, Anya would pack up and move from her beloved New York City apartment where she had lived for eight years and head two hours north, settling in the mid-Hudson Valley with singer / songwriter Matt Pond (of Matt Pond PA) and their dog.

Coinciding with the first single (“Notice Me”) is the release of a video for Pretty Vacant, the 6th single from full length Queen of the Night, directed by Ryan Harrington and shot during Anya’s last days in her beloved neighborhood of Chelsea. In the video, Marina is seen reminiscing on her years in the city, flashing polaroids of friends while packing up boxes and taking in the last views of a now-famous mural of Warhol, Kahlo, Haring and Basquiat staring at her from a mock-Mount Rushmore outside her kitchen window.

Bandcamp Daily  your guide to the world of Bandcamp

Frayle's Gwyn Strang and Sean Bilovecky join the show to talk about their cathartic new album.